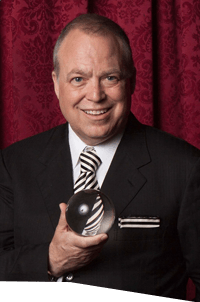 Known as America’s Master Mentalist, Jon blends the art of mystery with the study of psychology, the predictability of human nature and the power of intuition, with a disarming sense of humor.

Injecting uproarious comedy into each program, Jon creates a hilarious and unique presentation that never fails to blow the audience away. Packed with audience participation, imaginations are wowed, stretched and captured, as thoughts are revealed and minds are being read with Jon’s intriguing games of mind-to-mind contact.

Jon has performed for three United States Presidents, the King of Sweden and the Royal family of Monaco. He has appeared on several major television networks.

“We can’t decide what it is you do best... What I do know for certain is that you amazed and entertained us completely and we are a tough crowd to please”

“Jon Stetson is a dangerous man. I wish I had his skill set.”