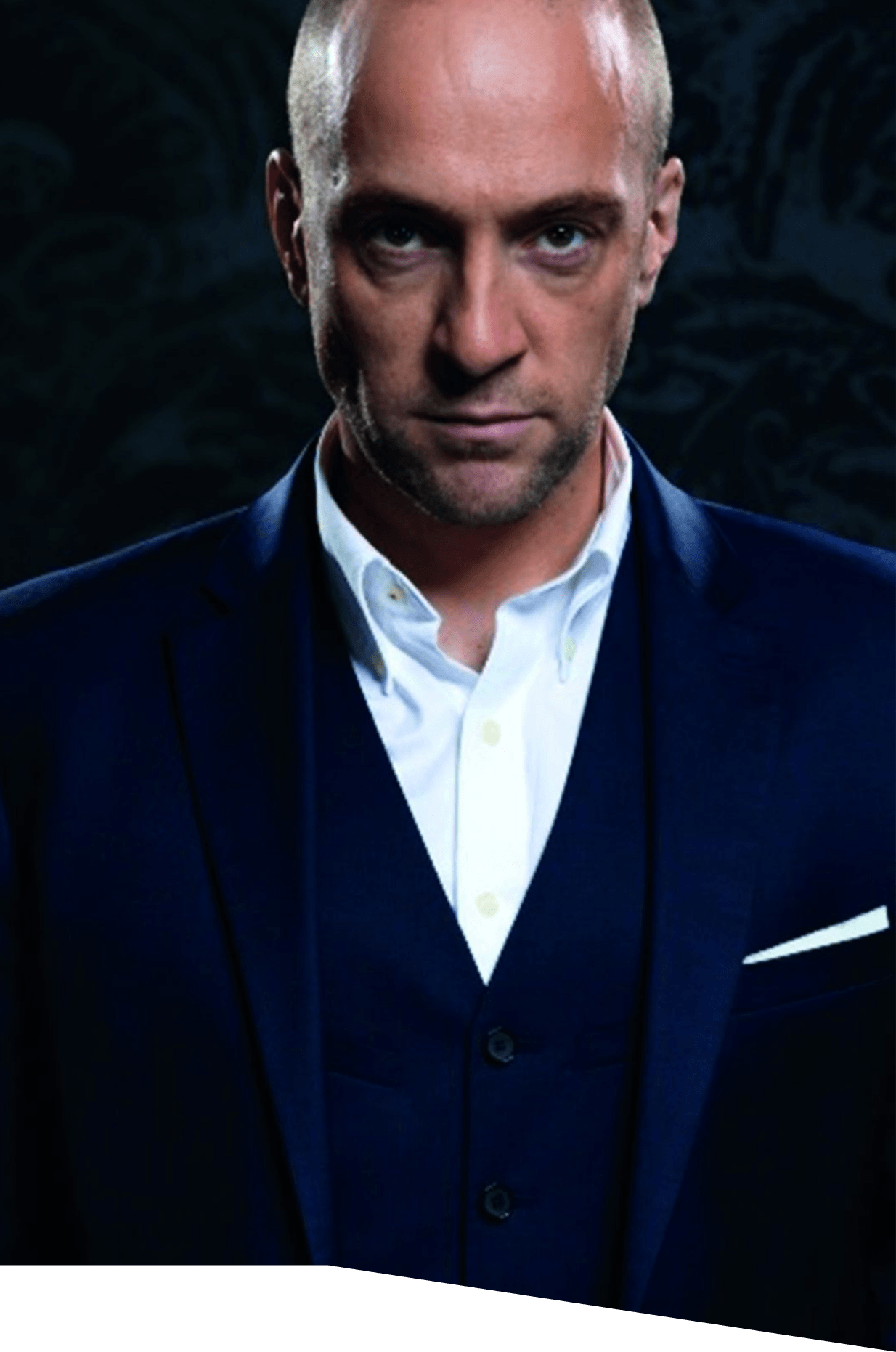 A celebrity in his home country of England, Derren Brown may be the most reknowned mentalist/mindreader in the world today. His live shows have won him two prestigious Olivier Awards – Something Wicked This Way Comes (2006) and Svengali (2012) – and plenty more nominations. He has toured in seven shows since 2003 and been watched by an estimated audience of over one and a half million people.

His most recent shows Infamous (2013, 2014) and Miracle (2015, 2016) have been universally acclaimed by critics and the audience alike and people have flocked from all over the world to be part of Derren’s unique theatrical experience.

Having expanded the genre of magic, Derren’s name has become synonymous with the art of psychological manipulation. His television shows are must watch events. The shows have garnered rave reviews and coveted awards including the BAFTA for Best Entertainment. His legendary specials include Russian Roulette, Seance, The Heist, Hero at 30,000 Feet, How to Predict the Lottery and Apocalypse. Most recently in DERREN BROWN: THE PUSH, he exposed the psychological secrets of obedience and social compliance with extraordinary results.

“A thrilling spectacle of psychological magic!”