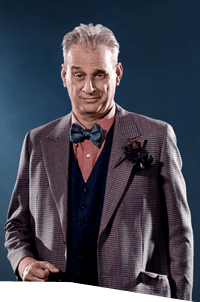 Considered to be one of the most talented magicians, David Williamson is a born showman and an unusually accomplished sleight-of –hand artist. He knows the secret to capturing the imagination of any audience. He dazzles his audiences with a distinctive and delightful brand of entertainment, merging heart stopping magic with sidesplitting hilarity.

When not performing on Broadway in “The Illusionists” or on the smash-hit TV show “Circus 1903”, he is the featured performer on The Disney Cruise Line, performs in many top television specials and performs at numerous corporate events each year. In addition to performing, David acts as a consultant for renowned illusionists David Blaine and David Copperfield.

"Sleight of hand magician of the year (twice)"

"His Magic made my heart soar!”