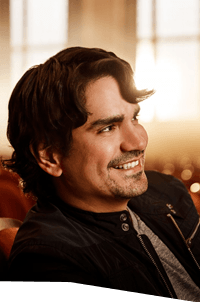 As America’s Hottest Illusionist, Jason Bishop might read your mind one second and make a  goldfish appear the next. His performance abilities have led him from LA to NYC and Mexico to Sweden, as well as every state and many countries in between.

Bishop’s combination of modern music, fast-paced magic, sleight of hand, and audience participation have landed him in several notable venues. He was also named APCA’s “Best Performing Artist of the Year”.

“What a great show! You made our 50th anniversary one to remember.”

“Jason Bishop is a master when it comes to all things involving the art of illusion.”